It may not be apparent, but the W3C HTML Validator that we've been using all these years, yes, the one at validator.w3.org, is dead.

Well, at least as dead as a software service can be. For a time, its official repo was called legacy-markup-validator and, although now the repo is back to its original name, still it has a very low activity, mostly docs and readme fixes.

Under the hood, a faster, more modern and more robust validator has been in charge of validating HTML5 web pages. Its name is Validator.nu but now it doesn't like to be called that way, and prefers to be called Nu HTML Checker. And yes, it lives within the W3C domains, you'll find it at validator.w3.org/nu. 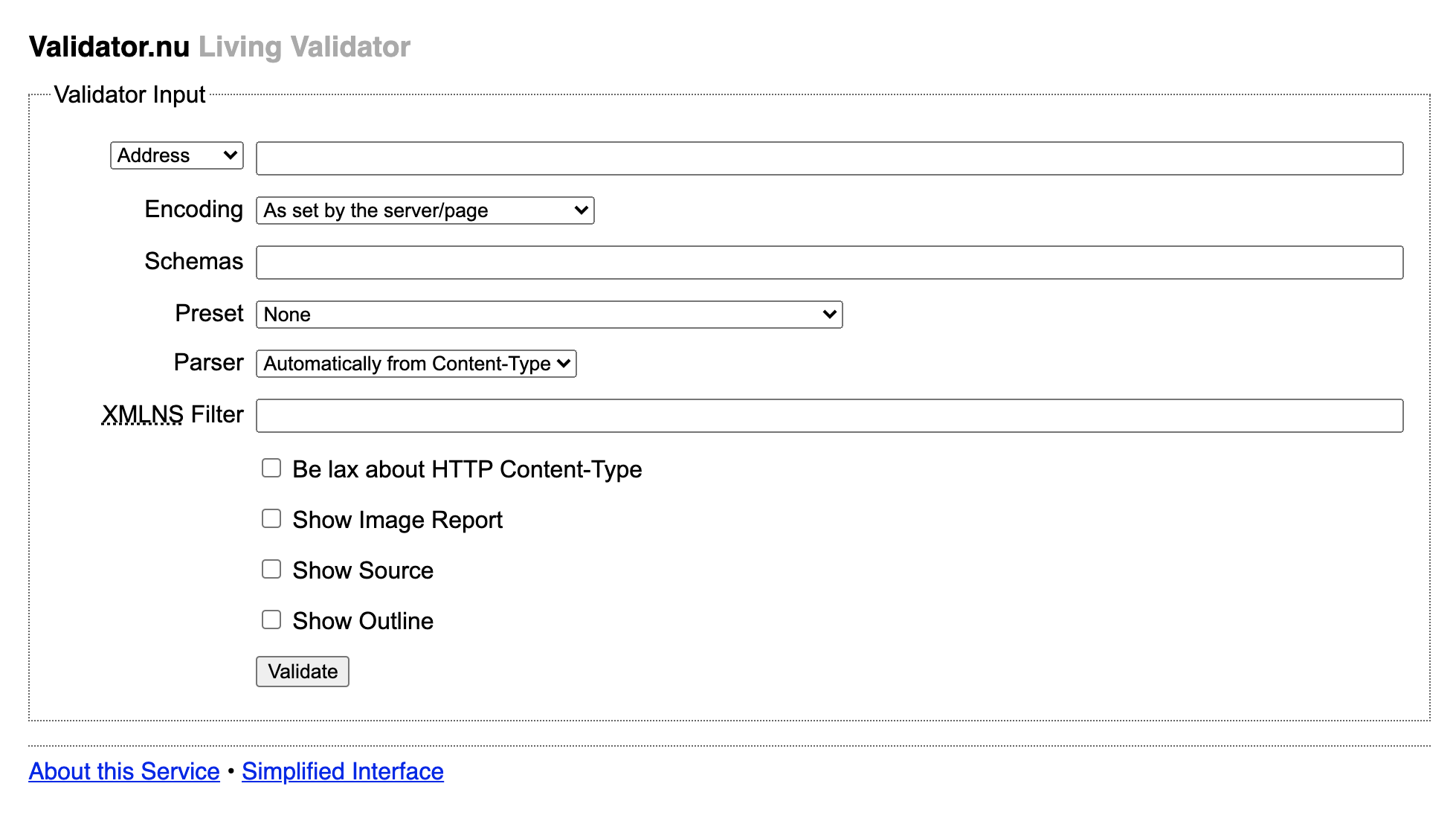 The Nu HTML Checker is being actively maintained, with new releases coming out frequently.

On the W3C, Mike[tm] Smith (AKA @sideshowbarker) is the maintainer of Validator.nu and he's recently been interviewed at HTML5 Doctor about the change to Validator.nu, you should definitely check out the interview to understand the direction that the W3C is taking in validation markup checking.

Here at Rocket Validator, we're commited to giving you the most up-to-date markup checking tools, and that's why we've dropped the legacy markup validator and installed Validator.nu exclusively.

Save time using our automated web checker. Let our crawler check your web pages on the W3C Validator.

Rocket Validator scans your site and automatically validates up to 5,000 web pages, checking each page found with Axe-Core and W3C HTML Validator.